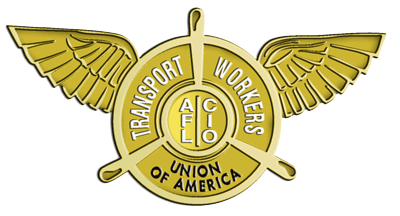 Samuelsen, 49, becomes TWU’s 10th International President and the youngest to achieve that position since founder Michael J. Quill in 1937.

A lifelong Brooklynite, Samuelsen joined TWU in 1993 after signing on with the New York City Transit Authority as a Trackworker.

Samuelsen emphasized that the core leadership of TWU remains strongly united with Secretary-Treasurer Alex Garcia, and Administrative Vice Presidents Gary Maslanka and John Bland, all standing firmly as one. He said the leadership’s immediate priority will be working with the TWU national bargaining committee on all of the union’s pressing national contracts, including the vital American Airlines negotiations, which covers over 25,000 TWU members nationwide. Samuelsen said he will continue in his role as Local 100 President for the short term, to see through the implementation of the most recently negotiated agreement for the Local’s largest bargaining unit, the 38,000 members at MTA-NYCT, MTA-MABSTOA and MTA Bus.

Like TWU’s founding President, Michael J. Quill, Samuelsen is an ardent believer in industrial trade unionism. He explained his philosophy of leadership to the International Executive Council in the following manner: aggressively take on management to win the best contracts possible for TWU members; develop a strategic plan to organize new workers across all of our industrial sectors; utilize the resources of the International union to fight back against governmental fiscal austerity in public transit; work alongside TWU locals to develop and fight strategic campaigns to advance the union; and challenge the Democratic Party to once again become the party that wholeheartedly represents the interests of the trade